As I start my first week back, I’m reenergized and grateful for all those who played our latest games and supported my team through a demanding yet highly rewarding 2022.

This was the year when the rubber met the road. Together, we launched an unprecedented amount of new titles and collaborations from my portfolio with superb storytelling and content, broke launch and sales records, received some of our highest Metacritic and user scores, and won or were nominated for various awards, including The Game Awards, the Golden Joystick Awards, the prestigious Apple Design Award, and many more for LEGO Star Wars: The Skywalker Saga, LEGO Star Wars: Castaways, LEGO: Battles, and Return to Monkey Island.

We continued to develop awe-inspiring content for our upcoming Star Wars: Eclipse, Indiana Jones, Star Wars: Hunters, and many still-to-be-announced titles, while simultaneously supporting our live-action and animated series, including The Book of Boba, Obi-Wan Kenobi, Andor, The Bad Batch, and Willow, with day-and-date integrations in Fortnite, Emoji Blitz, LEGO Star Wars, Tsum Tsum, and others.

More personally, I’m grateful to have volunteered time to charities such as the George Mark Children’s House, supporting pediatric palliative care, while working closely with our outstanding Lucasfilm D&I team and continuing my allyship with our LGBTQ+ community, and participating in the SF Pride parade.

I also checked off a bucket list item by making a NEW Monkey Island game. I also was a guest panelist at Star Wars Celebration, traveled again for the first time in two years, escaped getting COVID for another year, and picked up an Amir Award for perseverance.

I work with an exceptional production team, including Jeffrey Terra, Douglas Boethling, Peter Cesario, Matt Rubenstein, Ryan Yuen, Kendra Mullin, Lani Forrest, and Terry Campbell. My colleagues at Lucasfilm and Disney Games are at the top of their game, and our partners are world-class. I learn something from you daily and am blown away by your talent and creativity. Thank you. 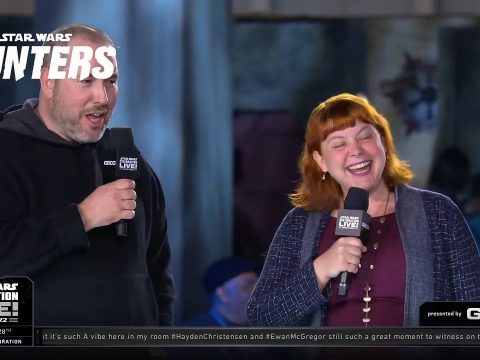 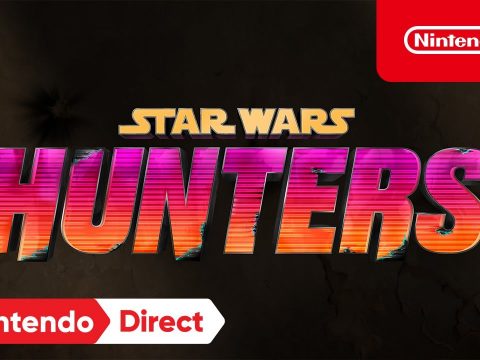 0 1565
Join the Fight in Star Wars: Hunters, A New Game from Lucasfilm and Zynga