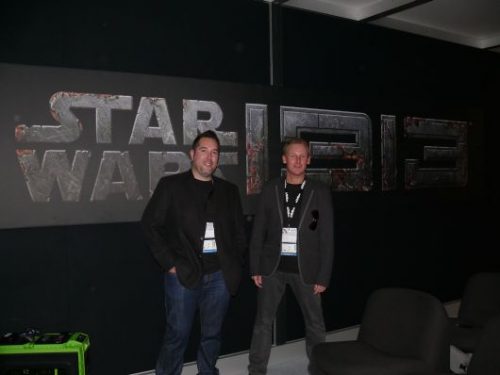 I had the pleasure of attending Gamescom 2012 this year in beautiful Cologne, Germany to discuss and play our run-time demo of Star Wars 1313.  We had a fantastic reception to the game at E3 and again at Gamescom.  But don’t take my word for it.  Check out this great write-up from El33tonline:

Titled ‘Star Wars 1313,’ the game is set in the bowels of the storied planet of Coruscant (famous in the Star Wars fiction), and is in development at LucasArts’ studios in San Francisco and Singapore. LucastArts’ Craig Derrick was on-hand to walk us through the game while the company’s Mark James (platform technical director) was also lurking in the darkness of the demo room (located in Activision’s booth) to oversee proceedings.

“Star Wars 1313, for us, is our first mature-themed game at LucasArts,” Derrick began. “It’s about playing as a bounty hunter in the most dangerous place in the galaxy – the ruthless criminal underworld of Coruscant’s Level 1313.”

The demo began with a few close-ups of vehicles and a few environmental shots that in most any other game would seem pretty standard, except in Star Wars 1313, every last bolt, scratch and scrape is displayed in glorious detail – as I said before, I couldn’t believe that this was all really running real-time at a playable framerate.

The characters, too, benefit from an incredible level of care and attention and while their faces, bodies and movements still appear ‘game-like,’ it’s at a point where it truly does look like the CG you would expect in a Star Wars film, or a Pixar animated movie.