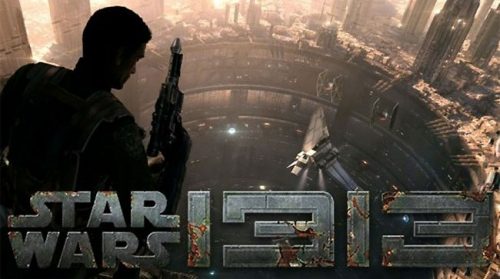 Dive Into the Criminal Underworld in Star Wars 1313

LucasArts is diving into the most dangerous depths of the Star Wars criminal underworld with their newly announced internally developed videogame franchise, Star Wars 1313. Players will take control of a lethal bounty hunter in the never-before-explored expanses of Level 1313, deep below the surface of Coruscant. Using an arsenal of exotic weaponry to hunt down marks, the player must also uncover the truth surrounding a criminal conspiracy in this third-person cinematic action adventure game. It’s a bold new take on the Star Wars galaxy, intended for mature audiences.

Star Wars 1313 emphasizes epic set pieces and fast-paced combat with a mortal, well-equipped hero who cannot rely on supernatural powers to survive his dangerous environment. The game benefits from an integrated development approach that brings together artists from across the entire Lucasfilm organization, including LucasArts, Industrial Light & Magic, Lucasfilm Animation Ltd. and Skywalker Sound.

Previewed on Spike TV, the game made its formal debut at the 2012 Electronics Entertainment Expo (E3) in Los Angeles, June 5-7th. More details about Star Wars 1313 will surface in the coming months here at StarWars.com and at www.StarWars1313.com.