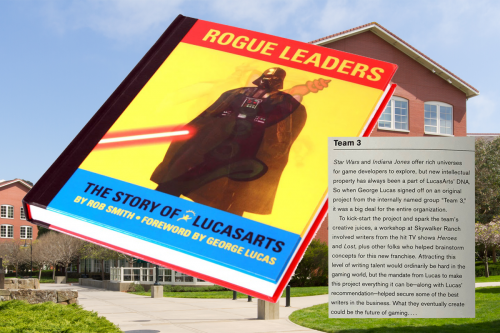 Rogue Leaders: The Story of LucasArts book by Rob Smith is out now!  The book covers the storied history and future of games at LucasArts in an amazing coffee table book with TONS of never-before-seen art and stories from the trenches.  Of special note is a small call out near the end of the book about our internal team (“Team 3”) and the work we’ve been doing to incubate and conceptualize new IP beyond Star Wars and Indiana Jones.

Star Wars and Indiana Jones offer rich universes for game developers to explore, but new intellectual property has always been a part of LucasArts’ DNA. So when George Lucas signed off on an original project from the internally named group “Team 3,” it was a big deal for the entire organization.

To kick-start the project and spark the team’s creative juices, a workshop at Skywalker Ranch involved writers from the hit TV shows Heroes and Lost, plus other folks who helped brainstorm concepts for this new franchise. Attracting this level of writing talent would ordinarily be hard in the gaming world, but the mandate from Lucas to make this project everything it can be–along with Lucas’ recommendation– helped secure some of the best writers in the business. What they eventually create could be the future of gaming….

Maybe one day soon we’ll get to do a second edition with some Proof of the incredible depth and range of concepts we’ve been developing over the last 2+ years. 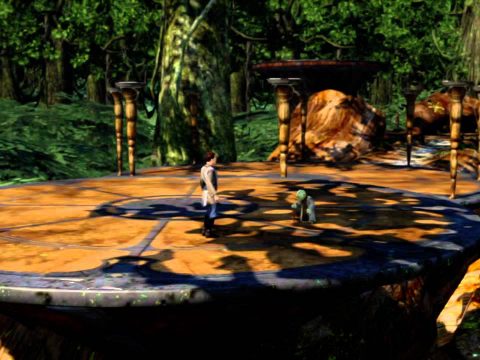 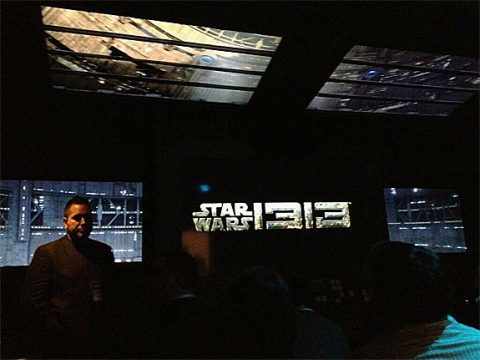 0 75
TFU is the Fastest-Selling Star Wars Game Ever