Look, if you had one shot or one opportunity to build a LEGO Star Wars game from the ground up that brings all nine films of the Skywalker saga together for the first time in one moment, would you capture it or just let it slip?

Check out that beautiful key art above and then head on over to StarWars.com (or read below) for an interview with me and Jonathan Smith of TT Games where we talk about the upcoming LEGO Star Wars: The Skywalker Saga game and sprinkle Detroit-based references.

LEGO Star Wars is one of the few gaming franchises that’s truly for everyone. Kids and families play it. Older hardcore gamers play it. Couples play it together. And it’s easy to see why. With a unique combination of challenging puzzles, fun LEGO builds, and tons of gags, the series offers something for all kinds of players. So, to say LEGO Star Wars games are popular would be a LEGO Death Star-sized understatement. And it’s been almost four years since the release of the series’ last entry, LEGO Star Wars: The Force Awakens.

Well, LEGO Star Wars is about to strike back. In a big way.

LEGO Star Wars: The Skywalker Saga, arriving later this year for the Xbox One family of devices, Nintendo Switch, PlayStation 4, and PC, will span all nine Skywalker saga films, feature hundreds of playable characters and ships, and allow fans to start at any point in the timeline — a first for the franchise. It looks to be the ultimate love letter to both the series, which began in 2005, and to its loyal fans. In celebration of Star Wars Day, StarWars.com is excited to reveal the game’s key art below — a vibrant image that beautifully pays tribute to each trilogy —  and we also caught up with Jonathan Smith, head of production and strategic director at TT Games, and Craig Derrick, managing producer at Lucasfilm Games, to discuss the development of LEGO Star Wars: The Skywalker Saga.

StarWars.com: When LEGO Star Wars: The Skywalker Saga was first revealed at E3 2019, fans were truly thrilled. What does that reaction mean to the team behind the scenes?

Jonathan Smith: It was absolutely thrilling to get that reaction at E3. We’d been working so hard on the game, in secret; falling in love with it — and it was both a relief and a moment of huge celebration to find that we’d been heading in the right direction.

Craig Derrick: Behind the scenes, the preparation, and coordination that goes into developing and revealing a game for the first time at E3 is always nerve-wracking, and you second guess everything until thrust into the spotlight of the show — ready or not. But we also knew we had something quite special with the game and were anxious to show it off, so it was a tremendous thrill (and relief!) to see how excited everyone was about it.

StarWars.com: It seems like the game is a huge undertaking — you can play through all nine saga films, and every level has been built from the ground-up. Tell us about the decision to go as big as you’re going here.

Jonathan Smith: As fans, we were always going to go big! With the conclusion of the Skywalker saga in Episode IX, and 15 years since the first LEGO Star Wars, it really felt like the right time to aim as high as possible; to create a LEGO landmark.

Craig Derrick: Look, if you had one shot or one opportunity to build a LEGO Star Wars game from the ground up that brings all nine films of the Skywalker saga together for the first time in one moment, would you capture it or just let it slip? We all knew early that to do this right, we had to do it well, and to respect what has come before while bringing new elements to the franchise. We needed the game to feel epic in scope and scale while bringing the player intimately closer to the action like never before. This required new technology, new game mechanics, and a passionate team of developers to create a cast of hundreds and all the familiar worlds they populate — all with the charm and humor you expect with a LEGO Star Wars game. Quite frankly, this game is massive because it had to be.

StarWars.com: I love that you can start the game at any point in the saga.

Jonathan Smith: Freedom of choice is a really important principle for us! We love stories and storytelling; but we also feel, both as gamers ourselves and with particular concern for young players driven to experimentation and change, that stories exist to be played with, however the player wants.

Craig Derrick: We all have our favorites that we want to jump straight into, while others may want to start with the new trilogy first, and yet we find most want to start at the beginning of the saga to see and play from where the story all began.

StarWars.com: There are also hundreds of playable characters. It’s pretty astonishing. Beyond the main heroes and villains, how did you pick what lesser-known characters to include? And if you’re able to say, which new character are you most excited for fans to use?

Jonathan Smith: We’re all fans; there’s no shortage of characters we’d love to play with. And you can’t ask us to pick a single favorite! It’s the fact that the whole cast is brought together, uniquely in this LEGO form — the complete collection, from Admiral Ackbar to Zorii Bliss — which makes the game so special.

Craig Derrick: There are nearly 500 characters in this game, with many of them playable. When choosing characters for a game this large, we just looked at every film in the saga and tried to say “yes” as much as possible. That said, it often comes down to storytelling and the specific role of the character in the quests and game progression. Of course, we have almost all of your favorite heroes and villains from the films, many background players, a few surprises, and…Yaddle!

StarWars.com: This is the first time that Star Wars: The Last Jedi and Star Wars: The Rise of Skywalker will make the jump to LEGO game form. What can you tell us about that opportunity?

Jonathan Smith: We’ve been so excited to be able to incorporate those two most recent films into the game, to complete the entire epic sweep of nine movies. The trilogy-of-trilogies. They’re full of fantastic new locations, characters, and action. The climactic Episode IX Orbak assault is a particular highlight in the game!

Craig Derrick: The opportunity to work with TT Games and develop the newest films in the saga for the first time in LEGO form has been a remarkable experience that has resulted in some of the best moments in the game — the circle is now complete!

In Star Wars: The Last Jedi, we have these iconic lightsaber moments, such as the throne room scene with Rey and Kylo Ren fighting the Praetorian Guards and the epic confrontation between Master Luke Skywalker and Kylo Ren later in the film. In both situations and throughout the game, we need to create unique gameplay situations while also adding humor and irreverence. I think we succeeded with one subtle moment in particular during the Luke/Kylo fight that I find so funny, yet totally in character that I laugh out loud every time I see it.

For Star Wars: The Rise of Skywalker, we were developing the game content and script at the same time the film was in production, which allowed some members of the team to get an early peek at the film’s production, visual development, and script. We knew early that this film was going to be HUGE with big sets, lots of characters, and the Emperor! I cannot wait for fans to see how this all turned out!

May I also add that the voice acting and performances of all the talent involved are fantastic.

StarWars.com: LEGO Star Wars is almost a genre unto itself at this point, and the series holds a big legacy. What does carrying on that legacy mean to you?

Jonathan Smith: I’m lucky enough to have been part of the team working on the first LEGO Star Wars game “a long time ago,” if not exactly in a galaxy far, far, away. All of us at TT are deeply bonded with LEGO gaming; we’re honored and proud to be part of this next installment in the story, and we hope that all those fans who care just as deeply as we do about it, will be delighted with The Skywalker Saga.

Craig Derrick: The LEGO Star Wars series is one of the great franchises in gaming. It’s light-hearted fun for the entire family; nearly anyone can play it, has tremendous charm, great storytelling throughout, and encourages everyone to play together. It’s been an honor to contribute to this franchise, and I hope everyone genuinely enjoys the game we’ve created.

Dan Brooks is Lucasfilm’s senior content strategist of online, the editor of StarWars.com, and a writer. He loves Star Wars, ELO, and the New York Rangers, Jets, and Yankees. Follow him on Twitter @dan_brooks where he rants about all these things. 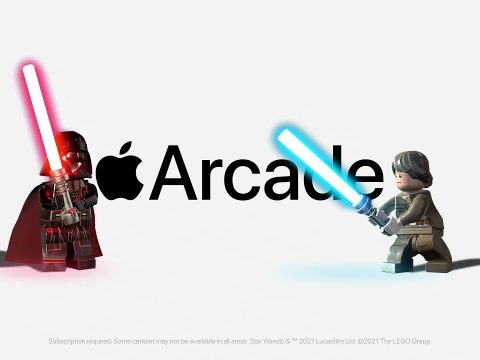 0 1186
TFU is the Fastest-Selling Star Wars Game Ever